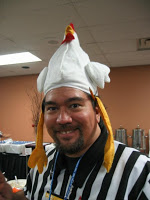 Danny Diaz is in an engineer for National Instruments and a long time mentor for team #418 LASA Robotics. The 2010 Lone Star Regional Woodie Flowers Finalist Award recipient can often be found behind the scoring table at Texas FRC regionals and FTC events. Keep reading to learn about how he joined LASA, why he ties his shoes, his favorite music, and a whole lot more.


What inspired you to do what you do? Tell us a story.
I’ll tell you the story behind how I got involved with Team 418, other stories are lengthier and more complicated.  When I first started working at National Instruments in early 2002, I found out about the fledgling “NI Volunteers” program at National Instruments.  The program was designed to help make teachers in the Austin area successful in integrating LEGO Mindstorms into their classroom by temporarily (1-2 year commitment) pairing a teacher with a National Instruments Employee Volunteer; the volunteer helps 2-3 hours a week with troubleshooting, planning, and basically being a “safety blanket” for the teacher while they are using the LEGO Mindstorms platform in the classroom.  At the end of the school year, NI hosted what was called “RoboLab Mania!”, an event where teachers and students using LEGO Mindstorms would come and celebrate what they had done during the school year.  I volunteered to help coordinate parking (of all things) at the event, but the event made me curious enough to volunteer to work with a school.  I chose to work with a High School, and got paired with Tony Bertucci at the Liberal Arts and Science Academy (LASA).  Funny thing is, Tony Bertucci was only taking the teacher training (which had the side-benefit of getting paired with an NI Volunteer) because the training included a free LEGO Mindstorms kit to the teacher, and he wanted the extra kit for his classroom.  After communicating with him over e-mail at the start of the next school year, it quickly became obvious that he didn’t need/want an NI Volunteer for his classroom Mindstorms activities.  Almost the day before I had set for myself to send him an e-mail to break our connection, he sent me an e-mail telling me I should come in after school and check out the robotics club that he coaches.  They were just starting the BEST Robotics competition, and I worked with the team during that season.  In January, as it always does, FIRST kicked off and the rest is history.

What is your day job, and how’d you get there?
In my day job, I am a Senior Software Engineer with National Instruments, and have been working with the company for just over 11 years.  For the last 7 years I have been in the LabVIEW Real-Time group, specializing in the operating system and a variety of drivers that power our “performance” line of cRIO controllers, PXI platform, and any other Real-Time embedded platform NI sells that runs on an x86 processor (the processor in the current cRIO platform used for FRC is a Freescale PPC chip, for comparison).  While in college my major in Computer Engineering helped me understand silicon and processor design, with elements of Electrical Engineering and Computer Science, which gave me the skill set to be able to do the job I currently do.  I was introduced to National Instruments while in college; in school I was a Co-Op student at the Georgia Tech Research Institute, and one day my boss dropped off a copy of LabVIEW and some equipment and told me, “You’ve got 4 weeks to make a system that works.”  From that experience, in a nutshell, I decided to interview with National Instruments and was hired on.

What is your favorite story to tell about robotics?
I’ve been with FRC418 for about 10 years, and I have LOTS of stories.  However, my favorite stories that make me smile, that make me proud to be a mentor, and proud to work on the team have almost nothing to do with the actual robots we build.  I love to tell stories of students who have told me that the robotics program kept them from dropping out of high school.  Students who come and tell me about how the experience they got while on the team helped significantly drive their success in college and in their jobs after college.  Students who come back and tell me the lessons they learned about proper planning, documentation, teamwork, and the importance of deodorant on group trips.  To Team 418, robotics is a means to an end, not the actual endpoint itself – we enjoy being intensely fierce competitors, but we know there are more important things than robotics.  Like people.

What’s your favorite robot that you didn’t help build?
All of them.  No, seriously, my favorite robot has to be the robot 148 designed for the Overdrive competition named “Tumbleweed.”  That little robot broke the mold when it came to robot design – it proved that sometimes a better strategy is more effective than a better offense.  It was a huge gamble made by the team (isn’t every year a gamble for most teams?!) but one that paid off with an Einstein Championship Win that year.

What apps/software/tools can’t you live without? (Work/Robotics/Home)
I’ve learned that you should never go anywhere with fewer than two USB flash drives, a multimeter, a camera, and an extra power strip.  Everything else is optional.

I tend to focus on more the software and electronics side of things, and my home workspace is indicative of that.  At home I have a wooden 4’x4′ project board I use to insulate furniture from heat, mess, and general damage – that’s where I do most of my electronics handiwork.  I use an HP laptop as my primary computer, with an extra 27″ flatscreen monitor.

What do you listen to while you work?
It may sound odd, but I enjoy listening to electronic string quartets and groups that play that genre of music – Bond, Escala, Lindsey Stirling, Dallas String Quartet, David Garrett, etc…  I generally have a Pandora feed up and running all the time, I like it because of the variety and every now and again Pandora will toss something my way I never knew I liked.  I find that type of music (without lyrics) energizes me while I do work, and I can concentrate a lot better with it.  I’ll do the same thing at home, and not realize hours have passed.
What’s your schedule like during build season?
My family likes to eat and
live in a house, so I unfortunately still have to work during the build season;
fortunately my employer gives me “flex hours”, but I still have to
put in the same time and effort at work.  418 meets when it’s convenient
for the students, which means from 3:45pm-6:00pm Monday through Thursday and 8:00am to noon on Saturday.  That usually means that I have to get in
to work at 6:00am (so
I can leave at 3:00pm) or I have to go back to work at 6:30pm until 9:00pm to
make up the difference.  It’s hard, because you really don’t have any time
for anything else (even sleep) when you’ve got a full plate doing other things
as well – like helping to plan/organize/run FTC and FLL tournaments for Central
Texas during that time.  Build season becomes a madhouse, but fortunately
my family supports what I’m doing and they kick it into high gear to help me
fill in the gaps where they can.  My wife has definitely joined the
“FIRST Widows” club several times over, and she’s always happy to see
build season come to an end.

What’s the best advice you’ve ever received?
In high school I had a math teacher – Tom Ottinger – who one day in class said: “I tie my shoes to keep the elephants away.” I believe the purpose behind such a philosophical one-liner was to mock us for blindly doing things, seemingly without logic, in the hopes that we would arrive at a desired result (as many students in math class do). The more I thought about that statement, the more it became a personal mantra for me – a mantra of critical thinking. It taught me that if I want to do anything, I need to have a plan (“Chance favors only the prepared mind”). It taught me to never rely upon flimsy rationales. And most importantly It taught me to not be afraid to laugh at preconceived notions (especially silly ones) and question their validity. In my eyes, “I tie my shoes to keep the elephants away” turned me into an engineer.

What is your favorite guilty pleasure?
Why would I be guilty about treating myself?  Okay, fine, I guess my answer would be getting a scalp massage after a haircut.  I enjoy spending a couple bucks on myself every now and again for a good scalp massage.


Anything else you want people to know about you?
Those who want to know more about me should come on down to Austin, TX and join me for a brew. 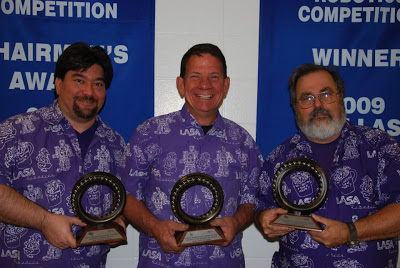 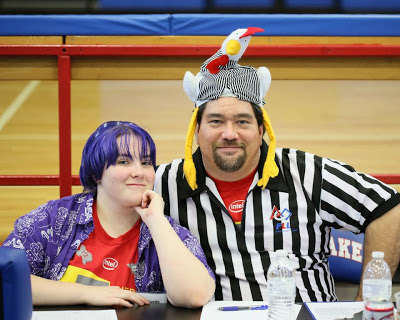 “Bugs are like comic book villains; if you don’t see the body with the head chopped off, it will be back.”  – Terry Wilcox
Tags: How I Work

Greg McKaskle – This Is How I Work