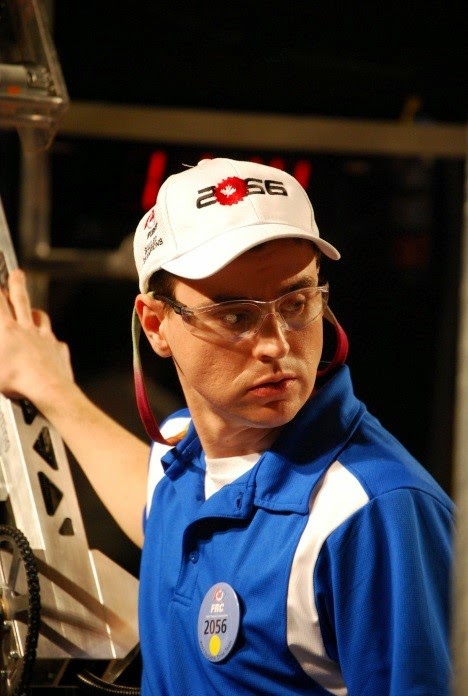 This week we are getting to know more about Tyler Holtzman, the highly revered mentor from 2056 OP Robotics. He’s been involved with FRC for more than 10 years and previously mentored 1114 Simbotics before joining 2056 OP Robotics as one of their founding mentors. He has numerous years of FRC experience that helped him build up 2056 to the powerhouse team that they are today. With his help, OP Robotics have won every regional they have competed in since he has joined the team. FIRST has had a large impact on Tyler Holtzman’s life by giving him his first full-time job that he continues to do today. Even as he is heavily involved in the FRC community, he lives a balanced life that allowed him to train and participate in the Ironman Mont Tremblant in August of 2014. Be sure to read to more about his story and advice in the rest of the article and learn how a great mentor works. 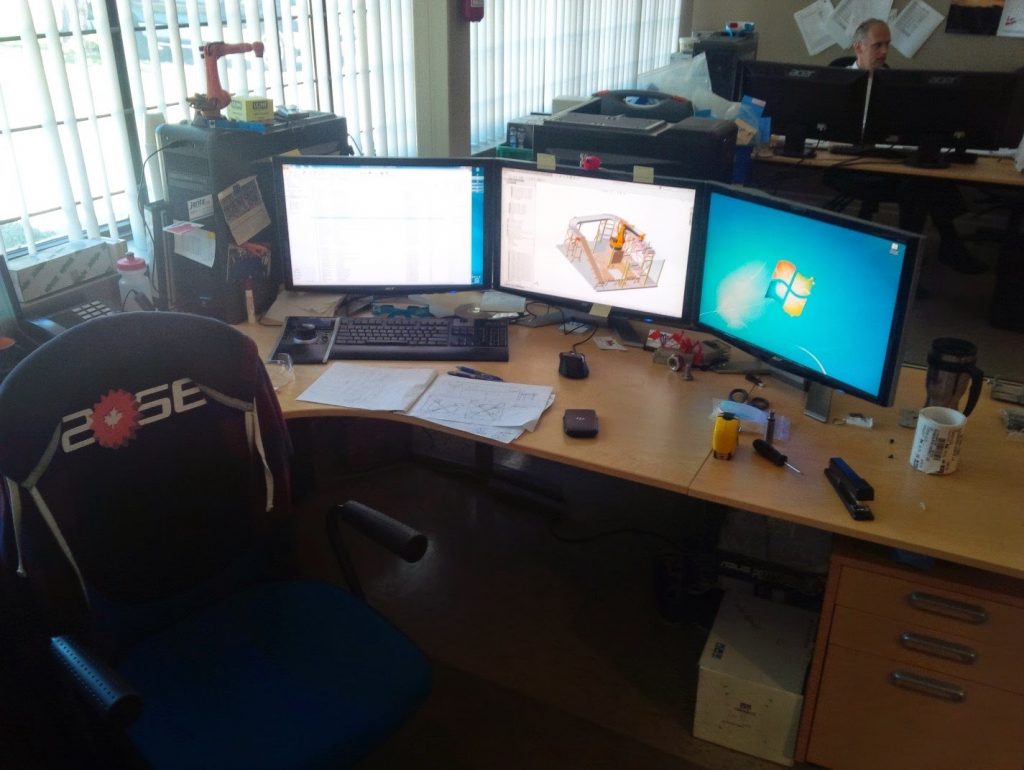 What do you listen to
while you work?
I prefer to work in silence.
What’s your schedule
like during build season?
It’s varied a lot over the years.
2007-2012 seasons, it went something like.
30-50 hrs a week
2013 was a little more
2014 was vastly less.
We do a lot of fabrication at the school, so I
try to be there as much as possible while we have access. We are limited by the
school custodians as to when we can be in the school. My dad is a retired
machinist, and has a machine shop in his garage. I often help him with
machining on weekends, or after official team hours. I’ve got CAD workstations
at home, work, and at the school that all have dropbox to sync the models
across. I do whatever I can to make it as easy as possible to be productive. I
find it that too often, people put up barriers and make excuses why they can’t
do something.
What everyday thing are
you better at than anyone else?
I don’t know that I’m better than everyone else
at one thing. I have a very good long term selective memory. I subconsciously
file memories into two categories, things I need to remember, and things I
don’t.
What’s the best advice
you’ve ever received?
Take care of the little things, and the big things take care
of themselves.
What is your favorite
guilty pleasure?

Cheesecake
Fill in the blank. I’d
love to see Travis Covington from 254 and Michael Corsetto of 1678 answer these same questions.
Anything else you want
people to know about you?
I mentioned earlier that I led the design effort until the 2014
season.
My time with 2056
has had many successes, except for one. The 2012 season came within what felt
like inches of a World Championship. Having that taken away from us the way it
was a tough pill to swallow. The single largest effect had on me was adding fuel
to the fire within me, that’s been on the verge of burning out of control for
many years. I took on 2013 with an attitude and drive that was unsustainable,
and my health suffered as a consequence of that. Our 2013 machine was very
good, and I’m extremely proud of it, but the 2013 season really took its toll
on me. 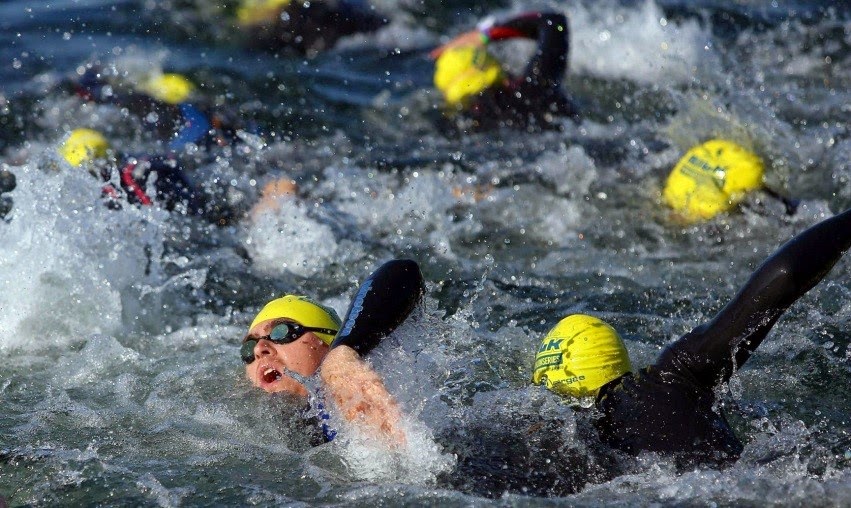 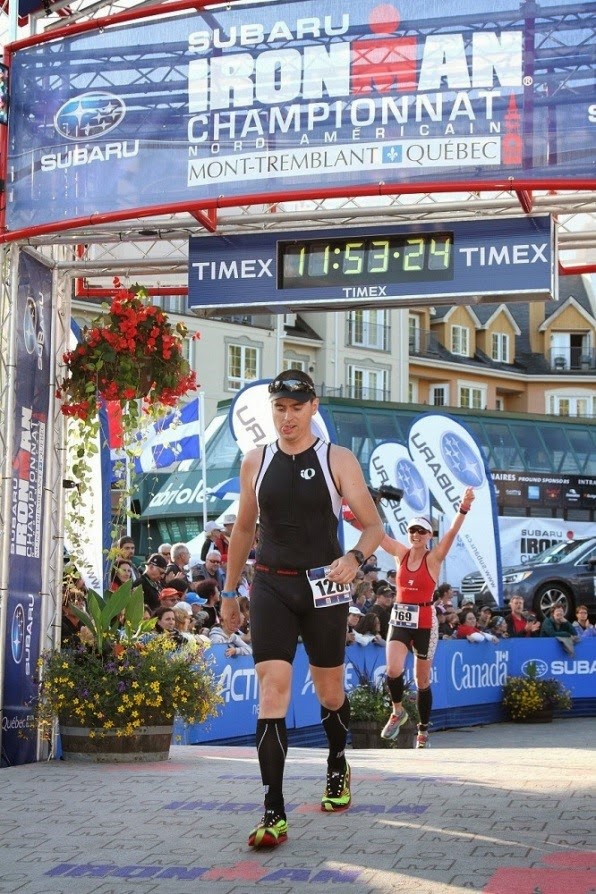 After the 2013
season, I knew that I needed a break from FRC. I had always been interested in
Triathlon, and my background in cycling made at least one of the disciplines
seem possible, so I decided to register for Ironman Mont Tremblant in August of
2014. I’ve never been one to start small, and I had already competed in a
couple of shorter Triathlons in 2012 so this seemed reasonable. Knowing this
would consume a good chunk of my time, I asked my most trusted alumni Trevor
Kearse (strategy lead 2007­-2013) to take over the design effort. He along with
several other key alumni are largely responsible for 2056’s on field success in
2014. Zac Young (Operator, Human Player 2007­-2010) stepped in as field coach,
and I have to admit, I think he was a better coach than I ever was. My
involvement was greatly reduced, and I was able to put in the time required to
complete the race this past summer. I have to thank these guys, and everyone
who contributed to our team’s success in 2014.
For 2015, I’ll be
increasing my time commitment over 2014, but not to the insane 2013
levels.  Balance is important in life.
Some of us just choose to balance the scales a little more off­center.

“You don’t have to win every match, just the last
one you play.” -Unknown
Tags: How I Work