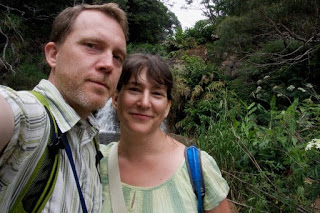 This week’s How I Work focuses on Greg McKaskle,
a FIRST mentor of not only 2468 Team Appreciate, but also a FLL and a FLL Jr
team. Greg began his involvement in FIRST through his work with LEGO which eventually
led him into FRC where he has gained many years of experience mentoring 2468.
Greg tells many interesting stories and advice about robotics in his article so
be sure to read more to get some more insight on how he does what he does!
[Responses from October 11, 2016]

What is your day job, and how’d you get there?

National Instruments was just a few hundred people when I joined, so the president and other owners also performed interviews. It was very cool, because I could see that they were smart, energetic, and hard-working. I felt at home. We were writing software for Macintosh, Windows, and UNIX, all at the same time. There was a lot of work and a great group of smart people to do it with. I’ve always enjoyed talking to our customers, learning about their research or how they tested some product. Time flies when you’re having fun, and I’ve been at NI for over 25 years, providing tools that help to measure and control things in the real world.

I’ve held a number of roles over the years, but in 2004 I was given the opportunity to work on educational products with LEGO. It was a new challenge because you really need to be aware of who will use the product in what setting. You need to understand their goals and understand how to motivate them to take on a challenge. I was the technical lead, but I worked closely with designers and researchers. This naturally led to involvement in FIRST programs and eventually FRC. In my current role, I spend the majority of my time focusing on the design of the software that will allow the user to be more productive. I still review architecture and write code, but it isn’t my primary responsibility.

What is your favorite story to tell about
robotics? 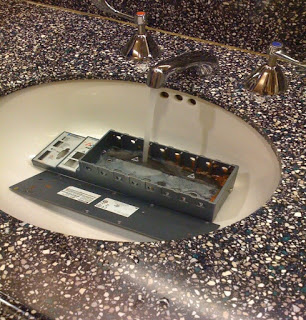 For the 2008 championship we needed a robot to demonstrate the cRIO control system. About a dozen people received project time to build NItro, a three-wheeled kiwi with an air cannon. I was only involved at a high level to make sure it came together. A few days before we were to ship, I reviewed the software to find that things weren’t well integrated. Everyone’s
code was in their own project — there was no flow, no coordinating panel, etc.
I had a fishing/camping trip planned for the weekend, but signed up to do the
integration and UI work. I picked up an inverter from Frys, packed the camping
gear, kids, and laptop and went to the lake. The weekend went sorta like this
— wake up early, start campfire, write code, put water on to boil, write code,
coffee, code, repeat a few times. Later in the day it was — bait hook for
kids, write code, clean fish, write code, fry fish, write code, … hand washing
inserted as appropriate.
By Monday there was an editor for defining waypoints, a fancy display of controller inputs, wheel speeds, video feed, etc,
just in time for the celebratory gathering where the robot showed its
dog-n-pony tricks. Part of the celebration was a platter of breakfast tacos
placed on a table near the wall. A new driver took the controls and immediately
drove the robot into the table, dumping a large bowl of salsa into the robot.
Chunks of tomato and onion were flying out of the custom CAN motor controllers,
the cRIO looked like a fiesta bowl, and lots of engineers turned very pale.
The electronics were taken apart, some elements
went into the sink, others went to the board wash machine. A few of us worked
through the night, and 24 hours later, the robot was going again with much
better safety, without driving lag, and was soon on a truck to Atlanta. No food
near the robot.
What’s your favorite robot that you didn’t help
build?
I have been impressed with many of the 1986
robots. Cool team, cool designs, and they deliver the autonomous points.
What apps/software/tools can’t you live without?
(Work/Robotics/Home)
I use Sketchup quite a bit — for furniture
design, landscaping, and basic 3D sketching. I use Keynote for slides and 2D
work. I fell in love with Painter when it was by Fractal Design. It is not as
robust these days, but I still love using it. And of course I write a ton of
stuff in LabVIEW, Mac and Windows versions, and my go to dev tool is XCode.
What’s your workspace setup like?
(Work/Robotics/Home)
My primary computer is a MacBook Pro. It is
pretty loaded and runs Windows on Parallels. I often have twenty apps open. I
do lots of work away from my desk, but here is a photo of that. 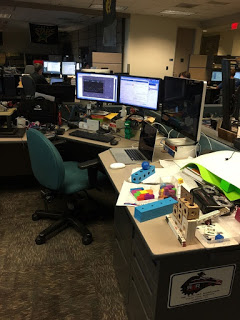 What do you listen to while you work?
Long periods of listening to nothing, then I
binge on stuff. Lately, Brown Sabbath, Reckless Kelly, and Sia.
What’s your schedule like during build season?
I think it is important to balance shop and
family time. So sometimes my kids are at the shop on Saturday or for an
afternoon. I probably spend between six and twenty hours on a given week. I
stay in touch in between visits, reviewing code and answering questions via
email, etc.
What everyday thing are you better at than
anyone else?
Modesty. Next question please.
What’s the best advice you’ve ever received?
Our CEO, Dr T, is retiring this year, and to
paraphrase him — Know where you want to go, start from where you are.
What is your favorite guilty pleasure?
I’m pretty fond of coffee I guess.
Fill in the blank. I’d love to see _ Joe Ross__ answer these same questions.
Anything else you want people to know about you?
I’m not into the robots that much. I do FIRST
because of the impact I believe it makes to future generations.
“Make it work” — Tim Gunn
Tags: How I Work

Day 4: Inspiration From Other Teams