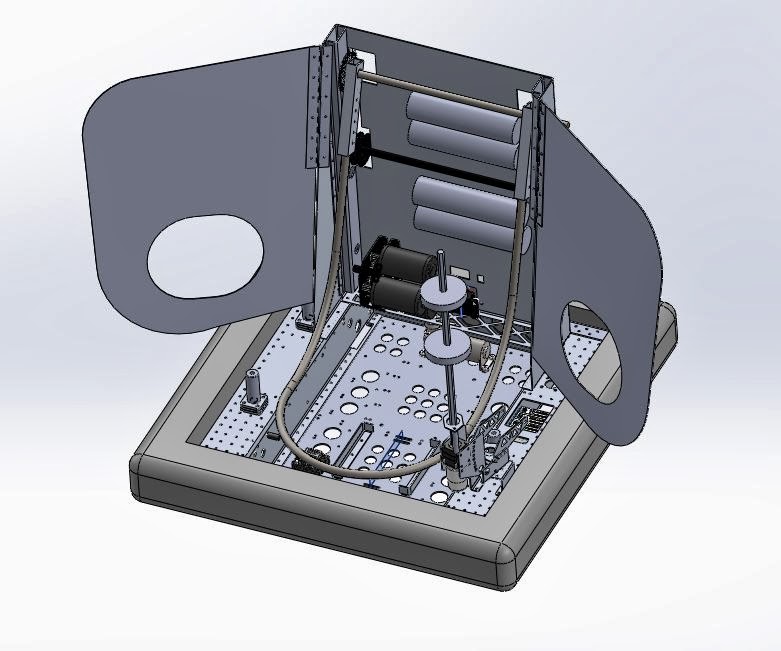 We worked more on CADing up the game specific mechanism for our robot. Most of it is still in draft form but we’re pretty happy with the direction it is going.

Note: The flappy things have changed drastically in the last few days, and will continue to change.
Note 2: There is also a second collector pole, it is just not shown in the picture.
We still have some prototype work to do on both the collector and launcher before we are comfortable sending them to the laser, but we think we are getting pretty close.
We’re building this with the possibility of up to 14-16 motors. There aren’t that many functions, but since the current rules allow for so much power, if you build it in it allows your motors to work in a much more efficient part of their power curve.
Hopefully we will be driving our practice chassis by this weekend.
– Spectrum

“One option is to struggle to be heard whenever you’re in the room… Another is to be the sort of person who is missed when you’re not. The first involves making noise. The second involves making a difference.” – Seth Godin