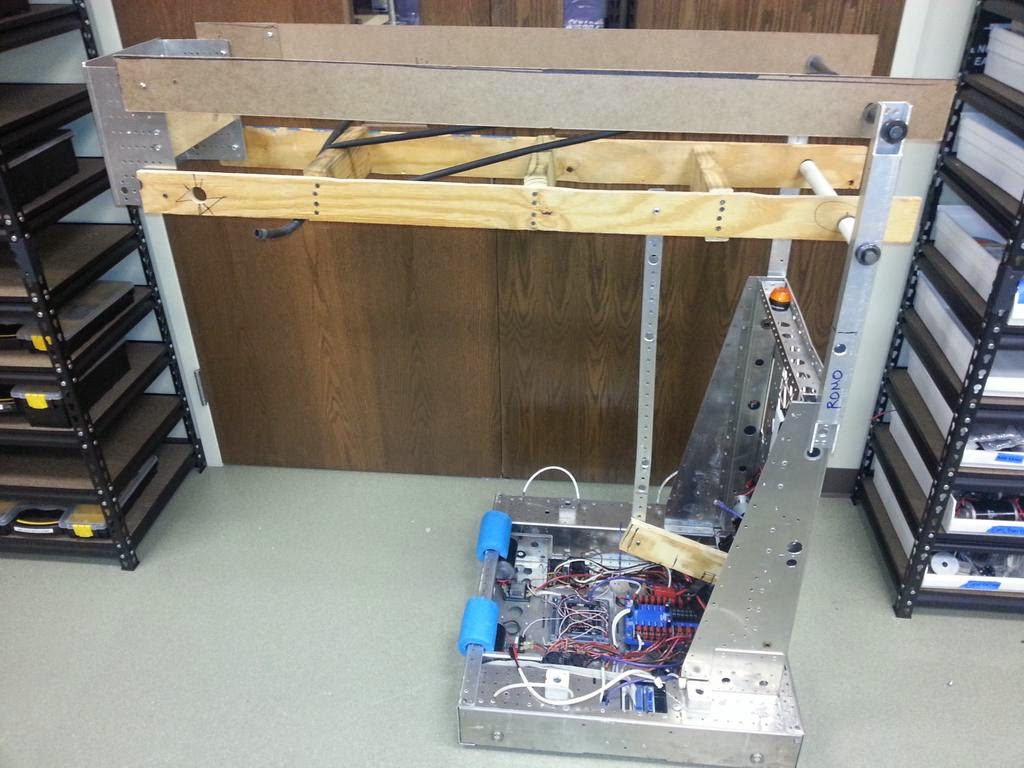 Most of today was spent working on the 4-bar prototype. 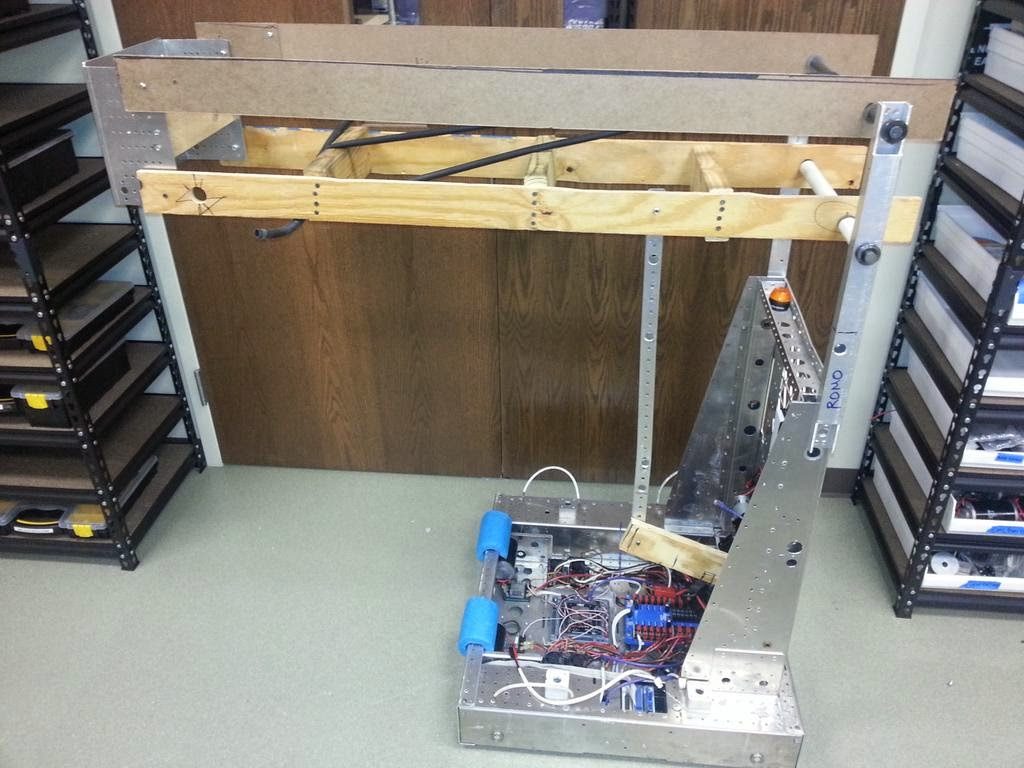 This design was inspired heavily by FRC#148 The Robowrangler’s 2011 robot Raptor.
We didn’t get it powered on today, but that should be the first thing we do tomorrow.
The current version (as pictured) is too large for our actual needs. Even if we lower the pivot points and shorten the arm, we are still able to reach the height limit of 6.5′.
The prototype is made of plywood, 2x4s, hardboard, and some extra metal pieces from old robots.
We improved the CAD of our proposed drive train.

Our current idea gets its inspiration from forklifts and their ability to steer from their rear. All 4 wheels will be powered, but we are hoping to pivot mostly over the front traction wheels. We have thrown around the idea of having a drive train that is able to drive sideways, and, although we haven’t ruled it out, the simplicity of a drive train like the one pictured is very appealing.

We will continue working on iterating collector prototypes this week. We will also work on some programming tasks, including finding a sensor-based solution to aligning the robot to a tote. Our idea uses two range finders to get the distances of the left and right sides of the robot from the tote and has a control loop set them to be equal. We hope to test this by the end of the week.

Lots of good work is being done, but now we are working on finding any little details that might help us speed up our scoring. One of today’s ideas was for the robot to be able to set a tote on top of a stack, lower its arm, and lift the stack — all while remaining stationary. This an ambitious feature, but it would allow much faster and more accurate stacking.

“The joy of the creative process, minute by minute, hour after hour, day by day, is the sublime path to true happiness.”
– George Lois