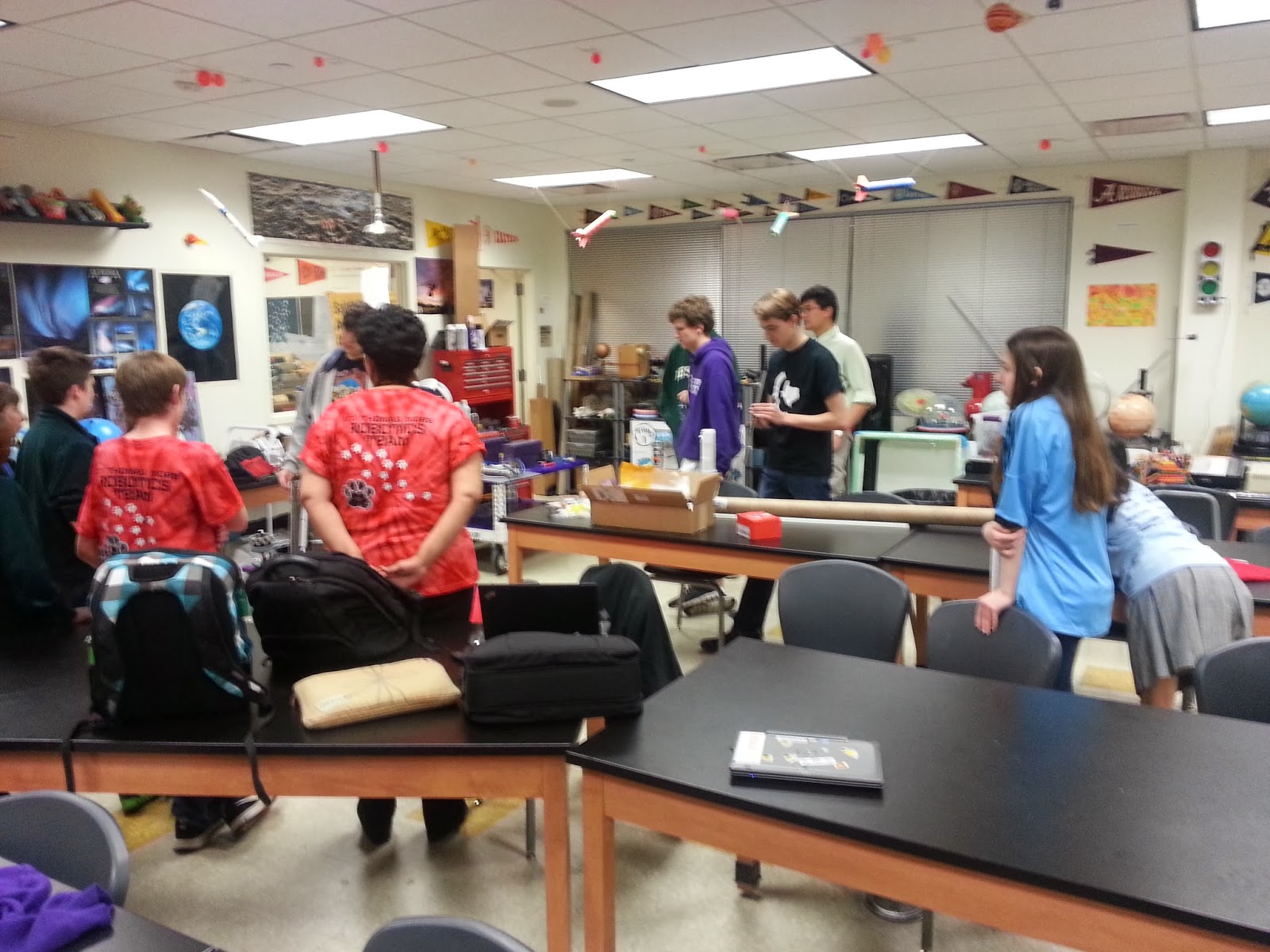 We started the day off with a visit from one of our local FLL teams, from The St. Thomas More School. These students were all 5th through 7th grades and they were all very interested in the robot. Surprisingly some of the questions took a very technical turn and we started talking about the difference between an FPGA and a general purpose CPU. One of the students even told us about his favorite Linux distribution and was pleased to hear that we would be switching to developing in Eclipse next year. 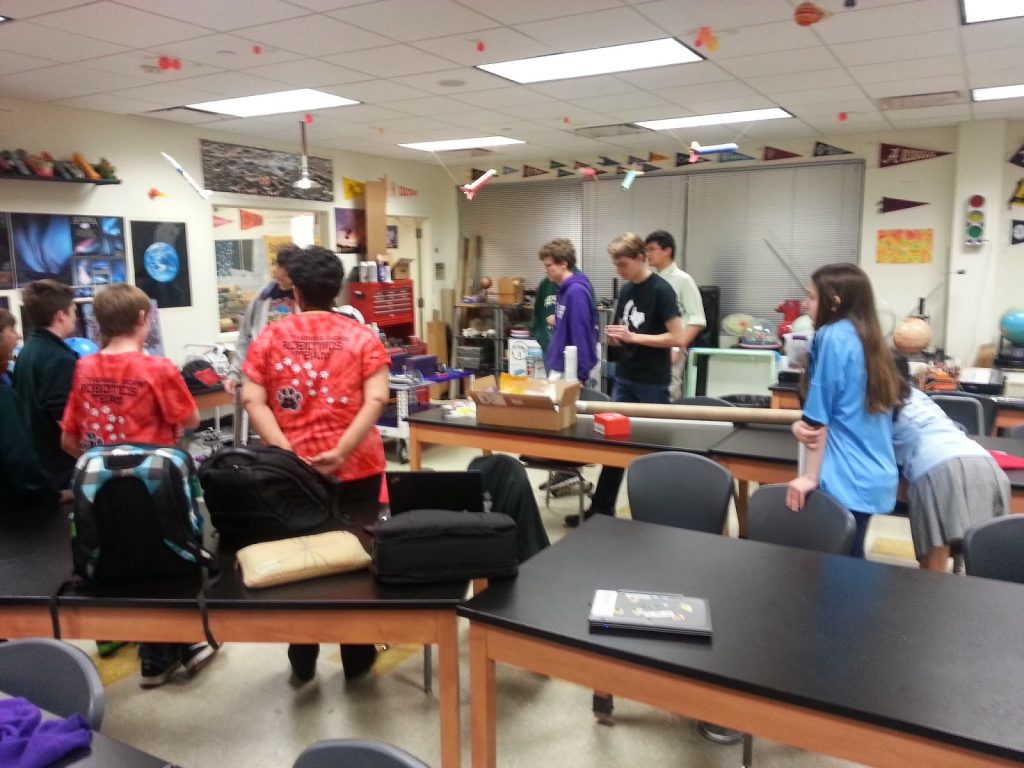 Here is some video of the robot collecting and shooting for the students. Our practice area only has 10ft ceilings so we couldn’t shoot very hard but you can get an idea of what the competition robot will hopefully be able to do.

After the demo we started investigating the problem we found yesterday with the pneumatics on our octocanum modules.  We believe we didn’t account for the lever action of the module and the amount of force we put on each cylinder. Our plan is to move to 1.5″ bore cylinders but that will take a bit of rework on the mounting, though not too much. Luckily we have a working robot this early so we can catch major and minor problems before we get to competition.

We worked on adding our wings to the robot, which will help us secure the ball while driving, prevent it from slipping out while collecting, and allow us to catch passes. The current wings are made of hardboard but we are planning to move to corrugated polycarbonate. The corrugated polycarbonate was suggested to us by our friends James Tonthat and Scott Rippetoe from Texas Torque FRC#1477. It’s apparently used very often in greenhouses but you can get it at a variety of plastic distributors. It’s rigid like 1/4″ Lexan but much lighter.

We are working on an extremely cool way to hook up an IMU to the cRIO to get an accurate heading. When it’s all said and done it should only take a single PWM cable hooked up to a digital input pin on the cRIO. We’ll have more on this later.

The last thing we did for the day was work on improving our collector more. We found that it had a lot of wobble because the CAD model had the wrong size holes for the bushing we were going to use. We ended up drilling out the holes for bearings and then packing them with a little bit of electrical tape to stop the wiggle. This fix will not be on the real robot but sometimes you have to do things like that to get your prototypes testable. There is still a very long list of variables that we don’t have solved for our collector, here is just a sample.

There are plenty more too, all of this will get tested and iterated until we find the setup that collects best. We will probably keep changing some of these throughout the entire season.
Week 4 has come and gone and we’re left with 17 days to build the competition robot and hopefully find answers to many of the variables in our robot.
– Spectrum

“An expert is a person who has made all the mistakes that can be made in a very narrow field.” – Niels Bohr