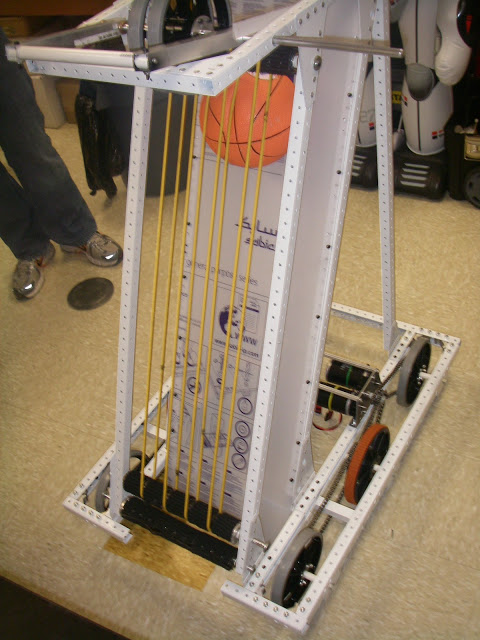 The collector is now mounted on the robot, we had to mount it twice to fix some issues but that’s why we are moving so quickly so we can catch our mistakes early. We were able to test the upper section with a drill and moves the balls up and down with out issue. We will try to get chain and motors driving the collector and elevator sections tomorrow.

The majority of focus will turn to the shooter tomorrow. Once we have the elevator working we want to know how it’s going to interact with the shooter. We’ve built the robot to allow for several different variations of the shooter.

We weighted ourselves tonight. 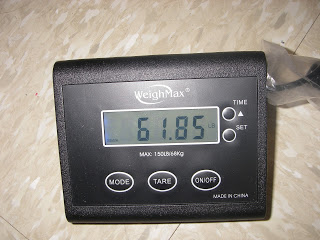 We’re going to be really light, we don’t have any where near 60lbs to add to the robot. We only need the electronics, a couple motors and the bridge device. We might hit 100lb if were lucky. Because of the balancing portion of this game it makes sense to be closer to the max weight. That way you can balance with other heavy robots. It will also give you more traction (increased normal force). We may be adding steal plates to the bottom of the robot to increase weight and move our center of gravity even lower than it already is.
Speaking of balancing 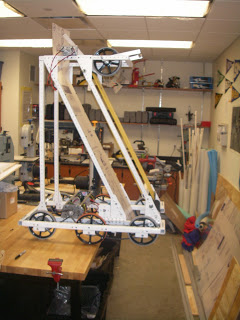 That’s without the battery and electronics in the back of the robot. We should be able to easily hang the front wheels off the bridge to get 3 robots on.
– Allen Gregory

“Most people spend more time and energy going around problems than in trying to solve them.”  – Henry Ford