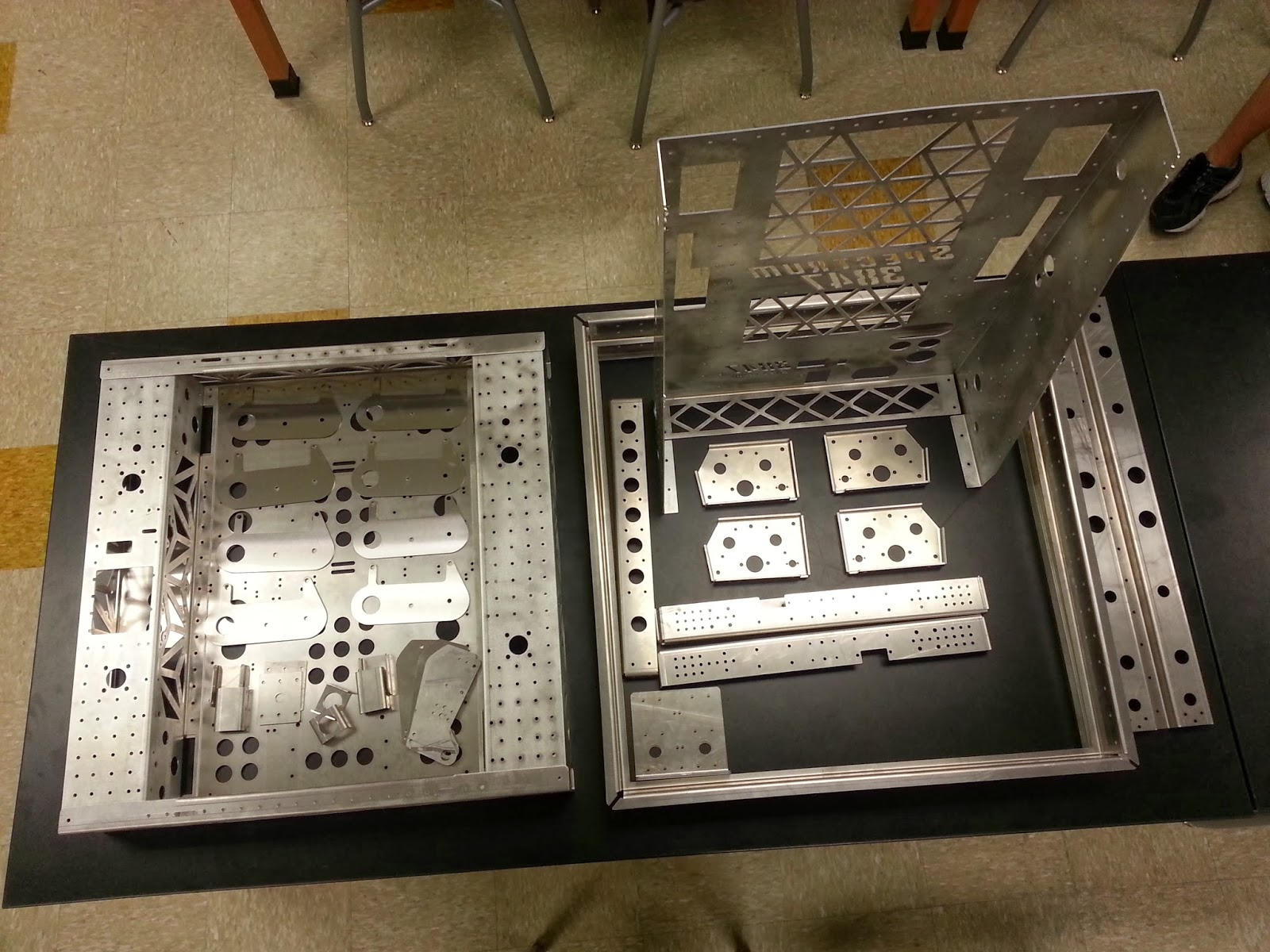 We just got our second run of laser cut parts back from our sponsor’s facility. One of our students was there till almost midnight getting everything cut and bent for the team. In total of 125 individual parts were produced last night. 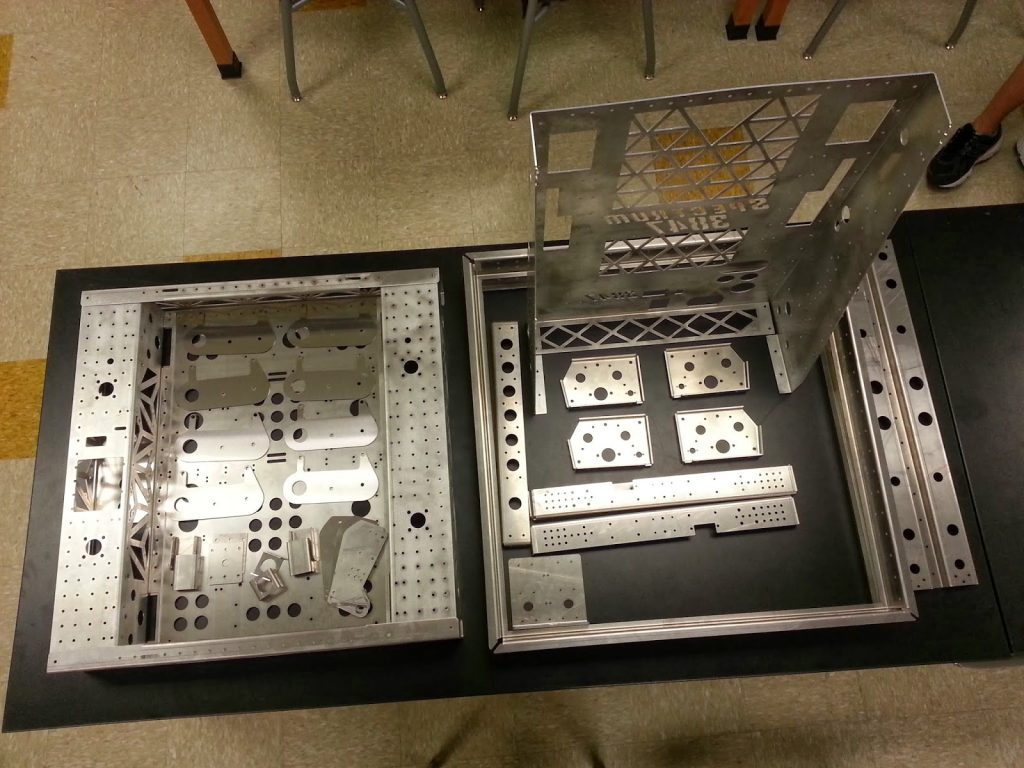 We had another “ice” day today so there was no school, but since the roads were clear and the storm advisory was over at noon we decided to have an optional meeting.

We were able to get a lot accomplished since we got the sheet metal back and had things to assemble. 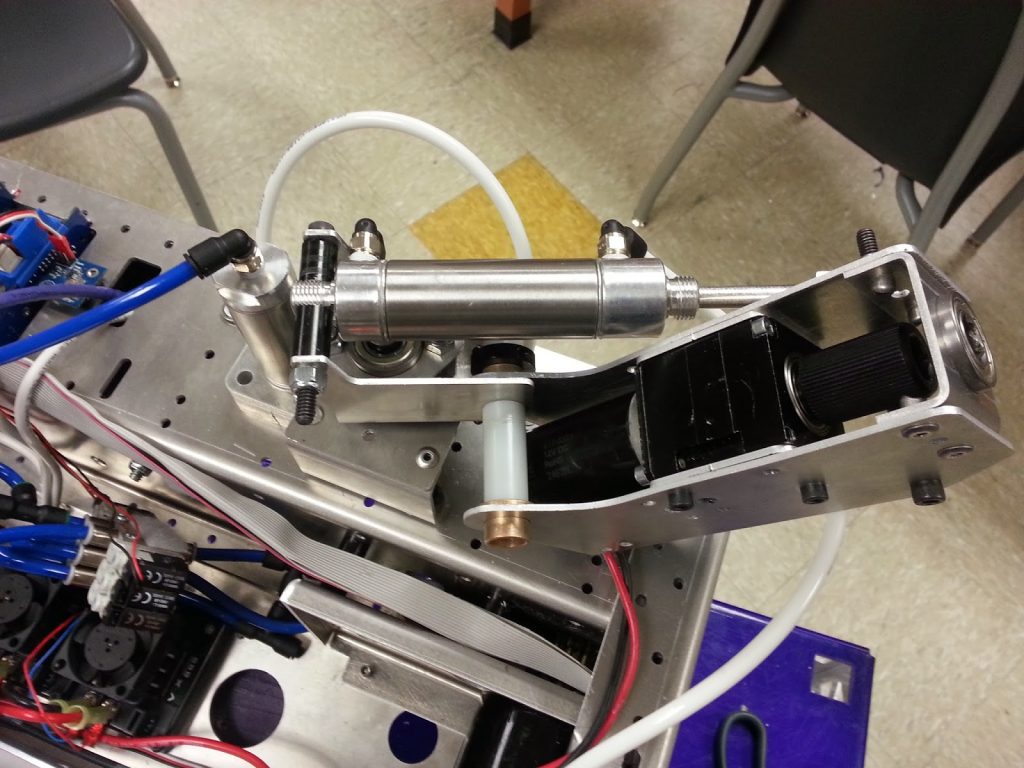 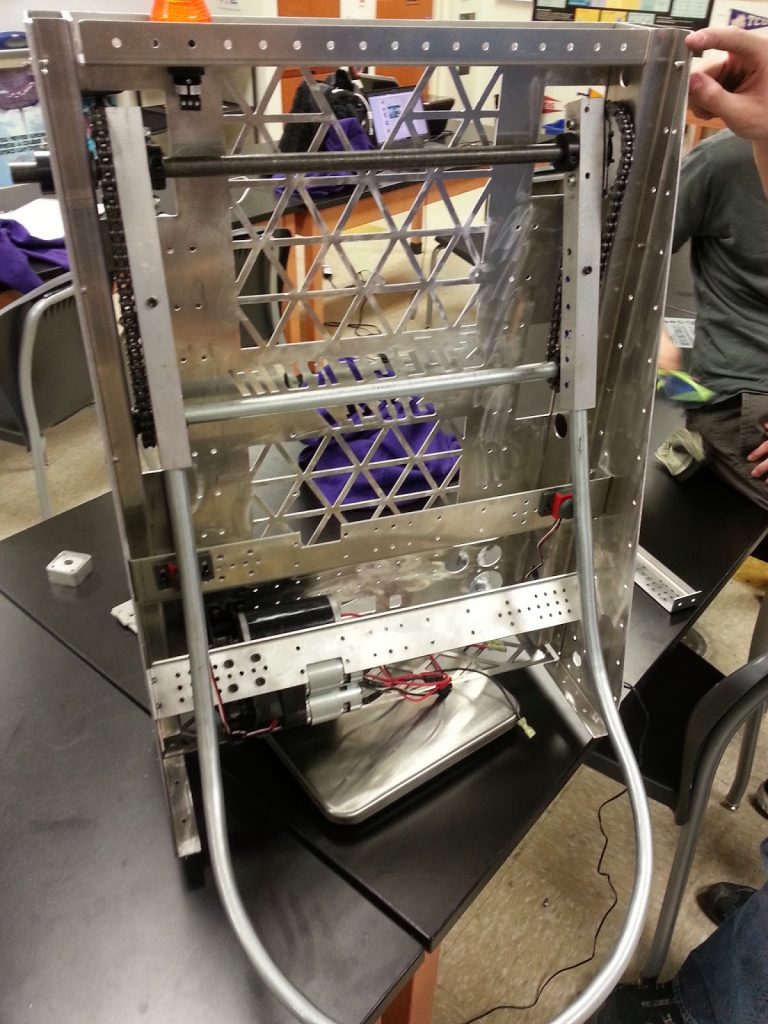 Above are pictures of our right collector and our launcher + back panel for our robot. These were both completely CADed and have a lot of details in them.

The collector is mounted on the practice robot and we were able to do a few stationary tests, but the real test will be tomorrow when we can drive and collect at the same time into our launcher. The launcher isn’t complete because we are missing a few parts that will be in later this week and a few 3D printed parts that we need to make, but it is in a state that we can test fire it and we should have some video of it mounted and firing tomorrow.

We cut all the parts for the competition robot yesterday as well, and we are confident in the launcher design and we know that we can make adjustments to the collector quickly. We will be taking all the competition parts to Royalty Metal on Thursday for powder coating.