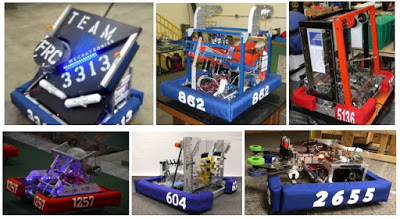 We have been asked multiple times to put together a list of items teams should have on hand to build their robot. That is a hard question to answer because there are so many different goals and build methods for FRC teams and robots.

We decided to approach this problem by thinking about an average team trying to build a competitive robot with a limited budget a few tools (possibly the list of tools from 1000.Spectrum3847.org). From there the goal is to figure out what that robot would look like and what items do teams building it need.

We decided that the concept of the Minimum Competitive Concept (MCC) perfectly fit the goals of the team we were imagining. MCC is a concept first put forward by Isaac Rife, IKE on CD in 2012. Isaac describes the challenge of the MCC as such “It is often easy to identify all the possible tasks you could have a robot do. Prioritizing those tasks, and realizing it in the form of a competitive robot is in my opinion much more impressive. Assumptions are that one of the primary goals of the MCC is to play in elims (not necessarily win on Einstein), and you team has mid-pack to lower fabrication resources.”

We identified examples of MCC robots from the past and found qualifies that they all shared. We then looked through the wide array of possible build items and techniques to find the most useful for teams on a limited budget and with limited fabrication resources.
Our complete guide can be found on CD or at

Please let us know what you think.
– Spectrum

Build Day 23: And the wiring begins