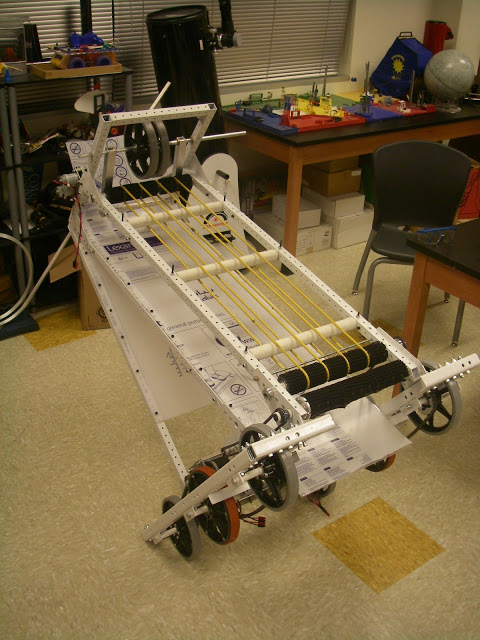 We were able to power the collector today with motors, the tests were promising but also pointed out a couple places that we need to fix things, such as how the polycord is guided.
The picture shows that we aren’t easily tipped (it’s balancing on the rear frame and the rear wheels), the robot has to get well past 45 degrees before it starts to tip back by itself. The center of gravity will change a bit after we add the electronics and the battery and the bumpers will change things as well.

We began work on the window motor mount and the cam that will adjust our shooter compression bar for varying angles. That should be finished tomorrow.

We’ll also should mount the shooter wheels, sprockets and get it to a firing state by tomorrow night.

The plan is to have the robot wired up on Monday night.

Jon Jack – This Is How I Work

Inside Infrared: The Back Panel